After spending 8 years in service as an Army Officer, Brent decided to get into real estate to allow him to support his family while also spending more time with them. In 2007, Brent purchased his first home. Since then, he has expanded his business to become one of the top land investment experts in the US, with over 250 deals in vacant land alone.

How does Brent make money with vacant land? Hear about how he generates leads, the challenges that he has to face, selling land in online groups, and get Brent’s advice on which pitfalls to look out for.

If you want to get into land investing, or you’re looking for ways to generate more land leads, this episode is for you.

Highlights from the interview 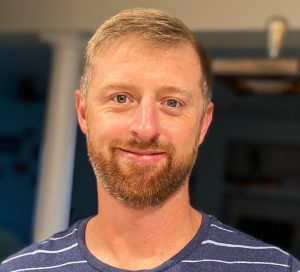 As an Army Officer with over 8 years of service, Brent Bowers was spending a great deal of time away from his family, and he knew he needed to make some changes in order to be more present with his wife and children. His interest in real estate began in 2007 when he purchased his first home, so Brent began exploring real estate investing as a way to support his family while being able to enjoy more time with them as well. In a short amount of time, Brent was able to expand his business, hire a team, and (most importantly) spend quality time with his family while still working hard and helping others.

While Brent invests in many different types of real estate, his favorite investment strategy deals with buying and selling vacant land, and he enjoys sharing his expertise in this area with his coaching clients. Brent chooses to live his life based on Bob Burgs quote, Your influence is determined by how abundantly you place other peoples interests first. He is passionate about helping other people find success in real estate investing, particularly in land investments.

To learn more about Brent, you can stay connected with him on his website, LinkedIn, or Facebook.