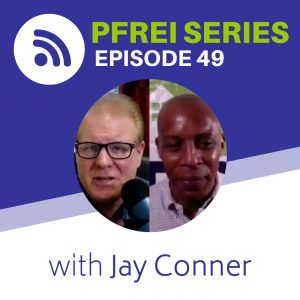 What do you do when you have perfect credit, a good job, and the bank still cuts out your funding….while you have two real estate deals that you are working through?

This was the situation Jay Conner faced in the market downturn in the early 2000’s. A little over 90 days later, he was able to raise over $2 million dollars on his own through private money lending.

How did he do it?

What lessons did he learn?

In this episode of Passion for Real Estate Investments, the “Private Money Authority” shares how he was able to raise millions through private money lending, the team he built to help him manage and grow that money, and the challenges he faces as the leader of a real estate investing team.

Jay got into real estate because he realized that real estate is one of the most stable ways to build wealth without tying yourself to a clock. Jay shared how he is at the point where he can now spend about 5 hours working in the business. The rest of the time is managed by his team of virtual assistants, a realtor, contractors, and attorney.

Building the right team and processes is the first key Jay learned to become a successful and scalable real estate investor. The other key was adaptability. In speaking about the loss of funding from the bank, Jay shared, “You can’t lose if you don’t give up”. That lesson in adaptability gave him the ability to think outside the box when it comes to funding deals. Both lessons of teamwork and adaptability are what Jay shares in this episode designed to help newbie investors who want to scale or more experienced investors who need to recover their portfolio.

Highlights from the Interview 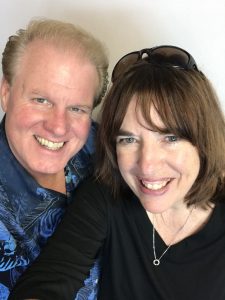 I started Investing in Single Family Houses in 2003. The first 6 years I relied on local banks to fund my deals. I had perfect credit and got cut off from the banks with no notice in January 2009. I learned about Private Money (not Hard Money) and in less than 90 Days, I raised $2,150,000 in new funding they had nothing to do with my credit or verification of income. In 2011, I became known as “The Private Money Authority.” I travel the nation teaching Real Estate Investors how to get their own Private Lenders.

To learn more from Jay, check out his free online class: Where To Get The Money Now or follow him on Facebook.